Fraser Island, (K’Gari) lies off the coast of Queensland, Australia, approx. 300k north of Brisbane. It is the largest sand Island in the world with an area of 1840km².  The Island is over 123 kilometres in length and 22 kilometres at its widest point.

Fraser Island was inscribed on the World Heritage List in 1992  due to its outstanding universal value,  (see criteria). The dingo is an integral part of this unique environment and has significant conservation value due to the following:

1. As Top Order predator on the Island, the dingo is vital in maintaining the health and balance of the ecosystem.

2.The Fraser Island dingo adds to the value of the Island as a major international tourist attraction, it is one of few places where visitors may get the chance to observe a dingo in its natural habitat.

3.The Fraser Island dingo is also genetically unique because of its isolation from the mainland, and therefore we have an obligation to ensure that this genetic integrity is preserved. 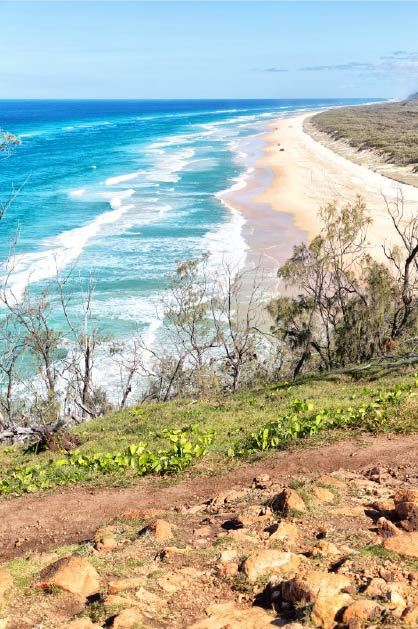 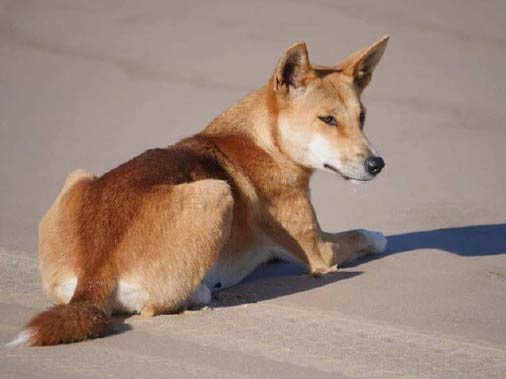 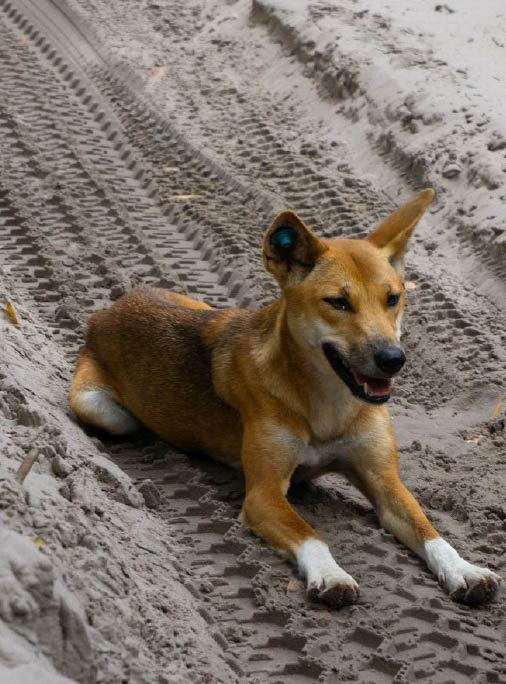 The Butchulla people are the Traditional Owners of K’gari (Fraser Island).

Archaeological evidence suggests Aboriginal people have lived on K’gari for at least 5000 perhaps up to 50,000 years. The Butchulla lived in harmony with their environment maintaining a balance between spiritual, social and family connections. The dingo, known as “wongari” in the native language, was an intrinsic part of camp life, they held a significant place in their spiritual and cultural practices. After European occupation in the 1840’s this relationship was interrupted and eventually the Butchulla were removed from the Island. The last mission was closed in 1904.

Since then the Butchulla have been returning to country. They have established a working relationship with QPWS. (Qld Parks and Wildlife Service.) and are endeavouring to share their knowledge of a once widespread way of life, but the government still holds authority when it involves dingo management.

Historically, the dingo is thought to have arrived in Australia approximately 5,000 years before present (BP). More recent molecular dating efforts based on mitochondrial divergence time suggest that dingoes could have arrived approximately 8,000–10,000 years BP (Cairns & Wilton, 2016)

The dingo (Canis dingo)  is protected in Queensland national parks as a native species. Under the Nature Conservation Act 1992 it is a declared indigenous species and classed as native wildlife. Sections 17 and 62 of the Act also provide for the legal protection of the dingo as a natural resource in protected areas such as World Heritage listed Fraser Island.

The Fraser Island Dingo Conservation and Management Strategy (2013) forms the basis for management of the Island dingoes and the Queensland Parks and Wildlife Service have a legal responsibility to protect and conserve the population.

The Fraser Island (Great Sandy Region) was inscribed as a natural World Heritage Site in 1992, this resulted in an over whelming increase in both domestic and International visitors. The Island dingoes have come under ever increasing pressure due to ever expanding tourism.

How can you help?